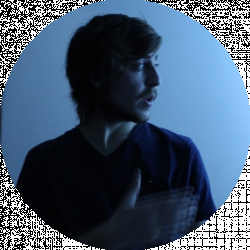 Mariano Marco
Mariano is a content writer and cinematographer who loves making his own character. He is fond of dipping his toes into the world of cosplay. He delves into the characters' personalities to understand and portray them. In his spare time, he enjoys playing DND and various tabletop games.

Azula: The Sister you don’t want to have

If you’ve watched “Avatar: The Last Airbender,” the animated series, Congratulations! You’ve watched a masterpiece. Well written, animated, and voice-acted, with action, comedy, and dramatic tension, all while being suitable for kids and adults consumption alike. This kid’s show has set the bar very high for all other shows.

With that said, one of the things that all heroes media should look up to is Avatar’s Villains. Not only are they fierce, but they also have a complete arc of their own. Stories are just as strong as their antagonists. And antagonists can’t set the world on fire looking cute. Welcome to our guide to Azula cosplay costume ideas.

Son of the Fire Lord Ozai, Princess of the Fire Nation, born with luck, the firebending prodigy. She is cunning, resourceful, strategic, and nuts. Acting calmly with false gratitude and manipulation. She gets everything she puts her mind into. Where others fail, she succeeds, and where others hesitate, she doesn’t.

The second in line of succession, she was born in a loveless family. An arranged marriage between a caring mother and an abusive father. While his mother took care of his brother, who was the less talented of the pair, his father prized every aggressive and ruthless attitude that she had. The path of this girl was set for success through violence and manipulation.

She grew to be a teenager with skills in political handling, tactical battle, warfare, and a master firebender. Almost by herself, she made an entire kingdom fall. The great Ba Sing Se could stand against a hundred years of war, but not against Azula. On the same day, she managed the coup of the Earth Kingdom and almost killed the Avatar.

After proving to be a master tactician and the hardest foe that Team Avatar has faced, she tricks his brother to take the credit for the Avatar’s death, which in turn makes him hire an assassin to catch Aang. Not only does she lie to his enemies, but also his friends.

And to top it all off, almost at the end of the series, she screws the hero’s big plan without his powers, displaying all the abilities she has shown so far. Oh! And after that, she captures almost all the enemies of her nation. That’s it; she is perfect. Well, not exactly.

Something to always consider when cosplaying is to catch the essence of the character you are embodying. Azula may be a mastermind, but her mind is far from ok. Just by the looks of her attitude during the series, we can deduce many of her psychological conditions.

First, she has a Machiavellian personality, which means that she relegates his morals to accomplish her goals. She also has a Narcissistic personality disorder, thinking she is above everyone else and lacking empathy. Lastly, we can deduce that she has an Antisocial personality disorder, lying his way out of any situation and having no remorse for anyone’s wellbeing.

To top it all off, with her excessive exposure to violence and warfare since childhood, she is aggressive and cruel. She sees everything as an opportunity to bolster her status and power and to expand his country. This whole mix grants her a very complex personality to enact.

Now the cherry on top. Azula’s lines in the series are just masterfully crafted. Saying them out loud could help you enter the character and also seem like a pro in front of other people like a pro and a sociopath.

How do I dress as Azula?

Now that we’ve talked about Azula’s history and personality, we can start to see her outfit. A character like this needs to portray a menacing look but also hint at her perfectionist nature. This was highly achieved by his creators of the series in her different costumes. We’ll see the two main costumes that Azula wears across the series in detail.

Things in common with all costumes

Whether you choose to wear some outfits of season 2 or 3, there are things that almost every iteration of Azula has. We could say that these are the “main Azula’s characteristics”:

Azula has different accessories for the hair; nonetheless, in almost all her appearances, it stays the same:

Azula pays a lot of attention to his symmetry, and her face is no exception. Emotional control is always on with her:

Both main costumes of Azula and any other combat outfit carry:

During the second season of the series, Azula spends most of the time searching for Team Avatar and his brother. Her outfit during this time is kind of a mixture of fire nation royalty and a ranger. In addition to the common characteristics, she has:

For this cosplay, we’ll need:

The costume is not very difficult, except for the shoulder pads. These could be achieved with some time, scissors, glue, and Leather. You could try to use Neoprene for this too, but they’ll become heavier and less straight.

Reaching Season 3, Azula has already defeated Team Avatar at Ba Sing Se and now spends most of her time in the Fire Nation. Here, she wears an armor-like costume with golden details that set her apart from the rest of the fire nation soldiers as an important figure of the nobility. Similar to the main costume of the second season, she wears:

This costume is the most popular one of the characters. For that reason, it’s very easy to find it in a costume shop. If you want to, you can rent or buy one, and that could be perfect for a casual occasion. Nonetheless, here’s a little help in case you want to do it yourself.

For this cosplay, we’ll need:

The armor in this costume makes this a little more difficult than the last. Therefore, here are some videos to help you make it: For the shoulder pads:

For the under armor:

Now that we’ve seen the main costumes of Azula let’s remember something. Azula is a mastermind and a teenager. These two things don’t get along well with keeping the same clothes all the time.

Azula had different costumes during the series, and I want to give you some of them to get you inspired if you want to portray this character, but you don’t feel like using the usual costumes.

During his time on Ba Sing Se, Azula manages to tear an entire kingdom apart, cosplaying. Yes, I know it sounds weird, but let’s remember that’s exactly what happens.

She enters the Earth King’s Palace, stealing the Kyoshi Warrior’s Outfit and getting the Avatar Team’s Approval. After that, she enjoys some time as a guess of the Earth Kingdom’s nobility.

There are two costumes she uses during this phase.

Azula on the beach

One of the most beloved episodes of the series is a rather odd one, The Beach. In it, we get out for a moment of the war and the chaos to enter a more grounded space with our main antagonists.

The beach shows us how our characters really are, a “how you are in the dark” moment. This is the only time that Azula speaks freely about her mother, moments before she set fire to a rich teen’s house.

There are two moments in this episode, one on the beach and the other at the party. Both costumes are fairly similar:

Reaching the end of the series, we see Azula in her worst mental state. She has been left by her friends, his father manipulated her to take care of the Fire Nation instead of taking her with him, and now she feels more alone than ever.

At this moment, we see Azula losing his composure and perfectionist nature and revealing her true emotions.

Question: What color are Azula’s flames?

Answer: Azula is the only character in the Avatar series known to have blue flames. The reason for this is not clear, but some hypotheses want to give it a solution. One of them is that his perfectionism led her to practice the firebending art to a point where his flames have almost no impurity, therefore, making them blue.

Question: How do I make an original Azula costume?

Answer: If you love the character of Azula but don’t want to stick to her classic outfit, you could try one of two things. First, look on the internet for the other apparitions of Azula in the comics and see if some of her outfits suit you. If no one speaks to you, then use the base outfit of the character and the “Things in common with all costumes” to get you inspired on how to make an Azula original.

Question: How old is Azula?

Answer: In the main series, Azula was 14 years old, barely a teenager. With that said, she is far more mature and capable than her contemporary, and his martial abilities make her a formidable warrior.