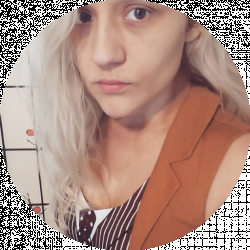 Emily Medlock
Emily is a gaming writer by trade, having worked at some great outlets like GamingBolt, ReadyGameSurvive, and TheGamer. However, when she isn’t settling in for a long session of ARK, she’s often trying out some new character makeup, sewing outfits together, or drawing out concept designs for her next look. She’s done loads of cosplay looks in the past, including Vi from League of Legends, Wonderwoman, and The Tardis from Doctor Who, as seen above. However, if you check in regularly, you’ll see that Emily is quick to move on to new and exciting characters, stay tuned!

Elf cosplay can portray a specific character who is an elf or a custom cosplay involving the Elven race. While you can stick on some elf ears and consider your cosplay complete, taking a few more steps will always pay off. I was dangerously close to wearing elf ears at my fantasy-themed wedding, so there may be exceptions.

Best Elf Cosplay – At A Glance

What Is An Elf?

The term “elf” has changed tremendously over the years. What was originally German folklore turned into a special fantasy race with fair skin and bright eyes. Today, the term can be used to describe a variety of races and creatures. An elf can have any skin color and no longer have to be shorter than humans.

Though their description is now broader than it once was, there will always be an elven aesthetic for custom costumes. There were also always be Elven characters that will show up at every convention.

In this guide, I will go over a few pre-made costumes that you can buy today. I’ll also list different types of elves to inspire you, specific Elven characters, and the basics of becoming each of them.

Creating a cosplay piece-by-piece can take months and is often more expensive than buying one. If you need a quick costume for your party, then check out these elf cosplay ideas, with costumes that you can buy on Amazon.

If you want to go with a classic Christmas elf, then a good route is to be either Buddy or Jovie (in her elf costume). You can purchase either of these on Amazon, each for under $100.

Just remember that it’s essential to get into character; otherwise, you’re just another elf. Memorize the lyrics to “Baby, It’s Cold Outside,” and don’t forget to ask everyone what their favorite color is.

Honestly, I’d wear elf ears and a tiara on any given day. Elf ears can literally turn any standard costume into an elf costume. The tiara is icing on the cake, giving you a magical royal vibe that is an elven favorite.

Later, we’ll delve deeper into whether or not Link is an “elf.” But for now, I find comfort in knowing that I can buy a full Link costume and have it arrive this week. If you’re looking for an elf costume that the entire world will recognize, look no further. Zelda costumes are popular for those who want to wear a dress.

There are countless varieties of elves in today’s pop culture. Since it is easy to get overwhelmed with all of these variants, I’m going to take the time to break it down. There may be other elves, but these are some of the most traditional.

The High Elves I’m most familiar with can be found in World of Warcraft and Dungeons & Dragons. These elves are often elitists (the last pureblood elves) who look down upon other elves with arrogant attitudes. Not all elves, of course. High Elves are intelligent, gifted in the ways of magic, and loyal once befriended.

The Dark Elves are often stigmatized in video games and cinema. They are depicted as evil beings more often than not. Sometimes, the Dark Elves aren’t just born into the life of darkness, but they choose it, which tags them with the name Drow. However, this is all a traditional viewpoint. You can be any alignment that you wish and still be a Dark Elf for your cosplay.

This is my favorite type of elf. Forest Elves and Wood Elves (any Bosmner fans?) are inspired by nature, and their cosplay should be too. My favorite Guild Wars 2 race, the Sylvari, is based on modified Forest Elves. Variants of this type of elf include Dryads and Nymphs.

Need I say more? Christmas elves had to make an appearance. From Hermey in Rudolph the Red-Nosed Reindeer to Elf on the Shelf, no elf list is complete without Santa’s little helper.

Elemental Elves are dedicated to a specified element. This could be earth, air, fire, water, or perhaps something more distinct. Choosing an Elemental Elf for cosplay is so much fun as it leaves a lot of room for creativity.

Half-Elves are half-elf and half another race. It is safe to assume that if the other race isn’t specified, that other race is human.

Half-Elves may be stronger than their full-blooded parent elf, in other ways, but they will not live as long. You may notice signs of aging eventually, but at a later age than a human.

If you want to copy a famous elf, then I’ve got you covered. While creating your own elf character is fun, sometimes, it’s even more impressive to do your best impression of an already beloved character.

Legolas Greenleaf – Lord of the Rings

You likely expected Legolas to make an appearance and rightfully so. While there are multiple outfits that Legolas wears in the movies and the books, my favorite is his classic unarmored version.

Not only does this depict him most accurately, in my opinion, but it also is easy to replicate. You can also reuse the pieces and if you want to stray from what is canon, you can create your own Tolkien elf.

Buy at Amazon Buy at Rolecosplay
We earn a commission if you make a purchase, at no additional cost to you.

Galadriel – Lord of the Rings

I don’t believe that I can consider my cosplay life complete until I cosplay as Galadriel. Any of her outfits will do; for example, the double-layered, low-maintenance outfit in The Hobbit: An Unexpected Journey is impressive.

Her white dress in the mirror scene (The Lord of the Rings: The Fellowship of the Ring) is also stellar. But my all-time favorite is her all-white dress in The Hobbit: An Unexpected Journey. The dress is so graceful and her tiara is on point.

Do you prefer to think outside the box? Then attempt to become Dobby at your next convention. I’ve only seen one or two decent Dobby cosplays in my life, and I want to see more. While I do not believe I could pull it off, we can’t forget the fact that Dobby is an elf.

World of Warcraft has a few NPC elves to choose from. Illidan Stormrage is my favorite choice for the bold, but Sylvanas Windrunner is a lot easier, which isn’t saying a lot.

Rem and Ram may be popular cosplay choices, but since we’re talking about elves, Emilia takes the well-deserved cake. She’s friendly and is an advocate for equality.

Who wouldn’t vote for her? If you can sew, then this costume is a simple project. But if you can’t, then you may be better off buying part of her costume or choosing another route.

Kira from The Dark Crytal is a gem, as is Jen. Either of them would be a unique and fun cosplay. Though technically a Gelfling, Kira can be considered an elf as well, as Gelfings are elf-like.

What I love about this choice is that you can get a simple dress and spend your time focusing on makeup and hair. This rarely happens with the cosplay that I choose.

Sugou Nobuyuki is my least favorite character in any anime I’ve ever seen. This makes him a good character because all good villains should either be loved or despised.

Since talking about him infuriates me, let’s focus on the cosplay instead. While it looks impressive, achieving the look is fairly simple since the cloak covers the majority of his garments and the crown isn’t complex.

How could I not mention Nissa, savior of the elves? Although I could be more specific on the costume, there are now so many versions of Nissa that you can really create your own. Nail the face paint and the rest is customizable. Anyone who plays Magic: The Gathering will recognize her immediately.

Link now comes in a few different forms, and although Breath of the Wild is a hit, I still prefer to reference the Ocarina of Time version.

You can create this cosplay in various ways and choose your favorite accessories. If you learn to play Zelda’s Lullaby or another song on the ocarina, then your performance score will go through the roof.

There are plenty of elf-related characters in Skyrim, but I have to mention Adoring Fan above any of them. Oblivion does not receive enough recognition, and with characters like the Adoring Fan, that’s a shame.

This Bosmer can follow you around after you become Grand Champion. He’s sweet, obsessive, and a bit insane, but as lovable as they come.

Thanks to MCU, there are two primary versions of Malekith. In the comics, he normally has long, white hair and blue skin. But in Thor: The Dark World, he’s bald and pale-skinned.

This is great because now you can choose your favorite version. Neither version will be easy to throw together and cannot be completed using a list of features.

Question: How Do I Do Elf Makeup?

Answer: Elf makeup varies, depending on the character. However, eyes are usually exaggerated to turn up, face paint is common, and softness is added. Step-by-step tutorials are excellent for practicing elf makeup.

Question: How Do I Make Elf Ears?

Answer: You can buy elf ears at an affordable price. While you can make your own with prosthetics, I find it easier to start with the base that is already formed and build on it with latex.

Question: What Do Elves Wear?

Answer: Fantasy elves can wear anything. Since elves are often thrown into medieval fantasy, fashion from that time period will heavily influence traditional elven garments.

Elf cosplay is a vague type of cosplay that lets you go in any direction you please. You can be Santa’s elf all dressed in felt while your friend is the mystical Galadriel, and you are both elves in your own right.

That’s the beauty of choosing to be an elf. Elves are just a race of people. They are breathtaking, extraordinary, and the epitome of charm. If you want to walk with confidence and grace, then become an elf today.