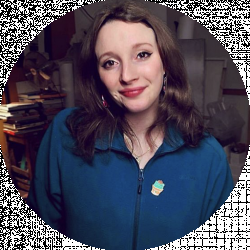 Since her first appearance in Tomb Raider in 1996, Lara Croft has become one of the most iconic video game characters of all time. Spawning movie adaptations starring Angelina Jolie and Alicia Vikander, Lara Croft is a household name nowadays.

Adventurous, intelligent, and deadly if needs be, this British archeologist-cum-explorer is a beloved character and perfect for costume parties, Halloween, or your next cosplay event.

In this Lara Croft Cosplay Outfit Guide, we’ll cover the different Lara Croft outfits you might want and give plenty of tips and trips for creating an amazing Lara Croft cosplay. Here’s what we’ll cover:

Lara traditionally wears a light blue tank top with a snug fit. This yoga tank top has built-in support, flexible fabric, and is the perfect colour and fit. 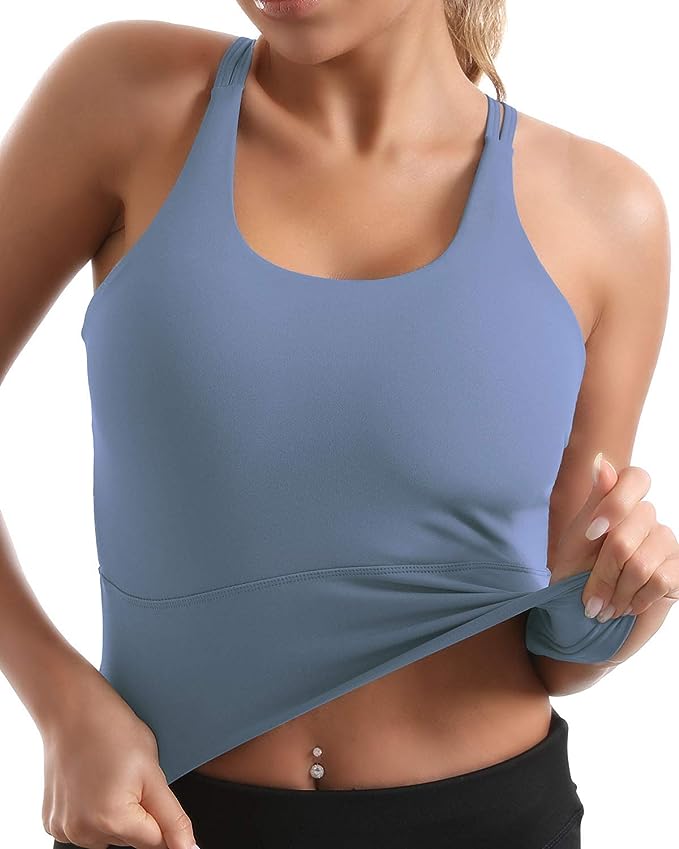 This workout Tank Tops have a built-in bra with removable padding, it is super flattering and has great support, it has a perfect length for anything high-waisted.

Lara’s shorts should be brown and short. The exact material and length vary in different games. Any brown shorts will work, but these cuffed shorts are spot on.

This holster is perfect for a Lara Croft cosplay as it includes Lara’s signature belt buckle. If you’re on a budget, this holster and gun set is a cheaper yet effective option.

The classic Lara Croft look has how wielding two handguns – one for each of her holsters.

Lara stores her adventuring gear in a small brown backpack that she wears high on her back.

Paired with a pair of long white socks that peek over the top, Lara wears dark brown combat boots on her adventures. 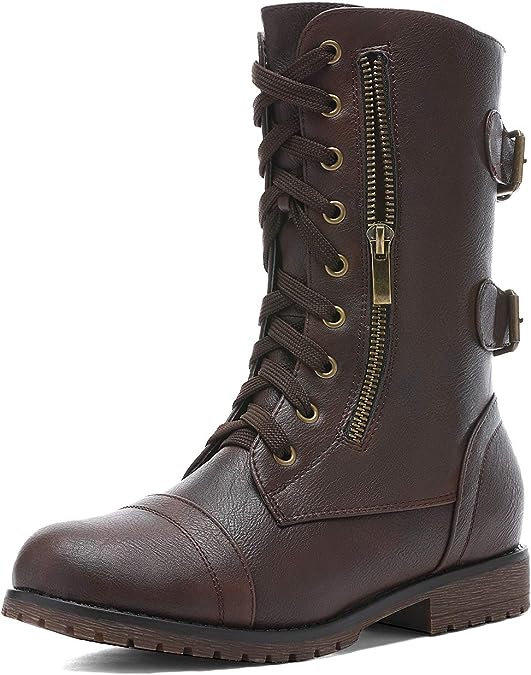 Look striking this winter with these amazing boots, with their super soft slouchy style, soft faux fur lining and zipper closure design act as a great versatile style that is sure to keep you warm and stylish!

Lara Croft has long brown hair and in her classic outfit, it is tied in a long plait at the back. If you don’t have dark or long hair, pick up a long brown wig.

Lara Croft: The Angel of Darkness

Lara Croft’s Angel of Darkness (2003) outfit is edgier than her classic look yet still recognizable. Here is what you’ll need for this alternative Lara Croft look.

Lara’s tank top in Angel of Darkness is a similar style and fit to her classic look, but it is a dark charcoal gray rather than blue.

Lara switches the brown shorts for green camo shorts in Angel of Darkness. Any dark green shorts will work fine, but camo is ideal.

The same blast holster as the classic look can be used for Lara’s Angel of Darkness look. Once again, if you’re on a budget, this holster and gun set is a great choice.

In Angel of Darkness, Lara is often seen wearing a pair of small, oval sunglasses. These sunglasses are the perfect touch for a Lara Croft cosplay.

The same fingerless black leather gloves from Lara’s classic outfit will work for her Angel of Darkness outfit.

Lara wears a small black backpack in Angel of Darkness, but really this part of the outfit is optional.

The same brown combat boots with white socks peeking out will work for Lara’s Angel of Darkness look.

Once again, if you don’t have long brown hair, you may want to buy a wig. In Angel of Darkness, Lara’s hair is plaited at the back but she has a few shorter strands of straight brown hair loose at the front of her head. This can easily be styled with a straight brown wig.

Angelina Jolie as Lara Croft in The Cradle of Life

Angelina Jolie was the first actor to play Lara Croft on the big screen. Her looks in the original Tomb Raider movie (2001) are similar to those in the video game. In the sequel, Lara Croft: Tomb Raider – The Cradle of Life (2003), Jolie wears an iconic silver bodysuit that cosplayers may want to try out as an alternative Lara Croft look.

Comfortable spandex jumpsuit meets regular usage from yoga, running, and other exercises, exclusively as the base of cosplay costumes.

While the holster belts suggested above would work fine for a Cradle of Life costume, a closer look at Jolie’s outfit shows us that she wears a more complex leather gun rig with one holster on her right leg. This could be made using leather belts and a gun holster if you want an authentic Cradle of Life cosplay. You’ll also need Lara’s silver gun.

Jolie’s boots in The Cradle of Life are mid-calf, black motorcycle boots.

Rise of the Tomb Raider

Lara wears different outfits in these games, but this guide will focus on her most recognizable outfit – her default ‘Desert Tank Top’ outfit. If you want to cosplay Lara Croft as she appears in Rise of the Tomb Raider, here is what you’ll need.

Like Lara’s look in Angel of Darkness, Lara wears a slim-fit charcoal grey tank top in Rise of the Tomb Raider. A closer look at Lara’s top, however, tells us it is made of ribbed cotton material.

These slim-fit, brown carpenter pants from Dickies are very similar to Lara’s brown pants in Rise of the Tomb Raider. They even have a side pocket on the thigh!

The brown combat boots are back in Rise of the Tomb Raider, but no need for Lara’s iconic white socks here.

From Rise of the Tomb Raider onwards, Lara wears a necklace with a green swirling symbol.

Lara has a red climbing axe in Rise of the Tomb Raider. You could buy a real climbing axe or a replica prop like this one. Alternatively, you could make your own. This YouTube video is a great guide for creating your own Lara Croft prop axe.

Lara Croft’s hair is much more unkempt in Rise of the Tomb Raider are appears to be layered. A messy ponytail will work fine or you could style one using a layered brown wig.

In 2018, another Tomb Raider film was released. This one stars Alicia Vikander as a younger and less experienced – though still super talented – Lara Croft. If you want to cosplay as Vikander’s Lara, here’s everything you’ll need.

Vikander’s Lara switches out the charcoal tank top for a lighter gray one.

Lara’s pants in Tomb Raider are very similar to her pants in Rise of the Tomb Raider with one key difference – they are dark green rather than brown. The same Dickies pants but in moss green will work well, but any pair of dark green pants will look great.

Lara Croft gets injured over the course of the film and the most recognizable look of Vikander’s includes a bandage wrapped around her arm and her thigh. We’d recommend dirtying the bandage up a bit – either will real dirt or some coffee stains! You can also use these bandages to create the wrist wrap that Vikander sports on her bow-wielding hand.

Vikander sports some classic black combat boots in her version of Lara Croft.

Just like in Rise of the Tomb Raider, Vikander’s Lara carries a red climbing axe. Once again, you could buy a real climbing axe or a replica prop. If you fancy DIY-ing it, you could make your own using this YouTube video.

Where to find everything you need

If you want to cosplay as Lara Croft, having some great quotes under your belt certainly helps. Don’t forget, Lara Croft is English, so practice your English accent…

I woke up this morning and I just hated everything. (Lara Croft: Tomb Raider, 2001)

Make sense right now or I swear I will execute you right where you stand. (Tomb Raider: Legend, 2006)

A famous explorer once said, that the extraordinary is in what we do, not who we are. I’d finally set out to make my mark; to find adventure. But instead adventure found me. In our darkest moments, when life flashes before us, we find something. Something that keeps us going. (Tomb Raider, 2013)

Question: Where is Lara Croft from?

Answer: Lara Croft is from London in England.

Question: What type of character is Lara Croft?

Answer: The characterization of Lara Croft has varied a little over the years. Overall, Lara is intelligent, fearless, and independent. In the early games and in Angelina Jolie’s version of Lara Croft, Lara is sarcastic and dry and has a lot of confidence in her abilities. In the reboot games and Alicia Vikander’s version of Lara, she is younger, more hopeful, and less cocky than earlier versions.

Question: What abilities does Lara Croft have?

Answer: Lara is a trained archaeologist and highly intelligent. She can speak several languages and is knowledgeable in history and folklore. She is, of course, in amazing physical shape. She can perform acrobatics, scale walls, and is an excellent marksman with both guns and her bow and arrow.

Lara Croft is one of the most iconic video game characters of all time. Whether you grew up playing the Tomb Raider video games or you were introduced to Lara through the films and recent games, it’s easy to see why she is such a popular cosplay character.

Tough as nails, intelligent, and kick-ass, Lara is a fun character to cosplay as and her outfits are easy to put together. This guide has given an overview of Lara Croft’s most iconic outfits and given plenty of tips for cosplaying as her – now get out there and raid some tombs!